Tinnitus is unique to every individual. Even though two people may describe their tinnitus similarly, such as a high-pitched ringing, they may still perceive this sound very differently.

Sometimes people experience multiple sounds interchangeably. For example, they may hear a whooshing sound intertwined with a humming or roaring sound. Tinnitus can also impact people in various ways. Some people may describe their tinnitus as a minor annoyance, while others may experience high-stress levels and an inability to focus.

Because tinnitus can vary from person to person, it’s important to take the time to understand more about the different variables common with this condition and discuss what can be done if you’re experiencing tinnitus.

Subjective tinnitus also has several subcategories, such as somatic tinnitus, which is related to physical movement and touch. This form of tinnitus is often caused by muscle spasms in the neck or ear. It is also known as conductive tinnitus because it is caused by outer functions rather than sensory or neurological sources. Subjective tinnitus can be treated using various treatment options, such as tinnitus retraining therapy. However, it is often a permanent condition.

Additionally, there is objective tinnitus, which is much rarer. Objective tinnitus usually comes as a result of a vascular disorder or muscle contractions. This type of tinnitus can often be treated by correcting the abnormalities that are leading to the sound. Sometimes treatment can even result in a permanent fix. This form of tinnitus is also unique because it can be heard by an outside observer–typically a medical professional using a stethoscope.

The Impact of Tinnitus

Just as people perceive tinnitus differently, people also experience the impact of tinnitus in different ways. For some people, tinnitus is hardly bothersome. These people typically have intermittent and mild tinnitus, and they can live their lives without much disruption.

However, for others, tinnitus can have a significant impact on their daily lives. Many people report that they have difficulty focusing or completing normal daily tasks due to their tinnitus. Additionally, some people find that they can’t connect with others because communication is such a challenge. They may even find themselves isolating themselves from friends and family to avoid the challenge of communication.

Tinnitus also often leads to stress and anxiety. Usually, people who experience stress due to tinnitus are very bothered by the presence of the sound and may feel hopeless about the prospect of improvement.

How Can Tinnitus Be Treated?

Because tinnitus can be so bothersome, people are always curious about whether or not their tinnitus can be “cured.” If you are experiencing the very rare “objective tinnitus,” then there is a chance that there is a physical issue leading to tinnitus that can be corrected.

However, for most people, once tinnitus begins, it is a lifelong condition. Luckily, though your tinnitus may never disappear completely, there are treatment options available that can help to reduce your symptoms.

One of the most promising tinnitus treatment options is tinnitus retraining therapy (TRT). TRT requires at least 12-24 months to be most effective but can prove hugely beneficial if you are committed and consistent with your treatment.

Tinnitus retraining therapy works to retrain your brain and the way you perceive your tinnitus. Thus, TRT is only appropriate for subjective tinnitus. However, this is the most common form of tinnitus, which makes TRT suitable for most people.

TRT combines sound therapy and directive counseling, both of which can be helpful treatment options for tinnitus on their own. One study published by the National Institutes of Health showed that “Seventy percent of patients treated with hearing aids and counseling [TRT] reported moderate to significant improvement in tinnitus severity.”

Everyone’s Tinnitus Is Unique. We Can Help.

Tinnitus can be a very bothersome condition for many people. It can interfere with our ability to concentrate, perform our jobs, and connect with others. Tinnitus has a strong connection to stress and anxiety. Therefore, people experiencing high levels of stress often find that their tinnitus is made worse as a result.

Tinnitus is unique to every individual. Some experience intermittent tinnitus, while others experience it persistently. Additionally, the sounds that people hear vary greatly, from roaring to buzzing to crackling. Furthermore, people may respond to treatment options differently. However, tinnitus retraining therapy has proven to be very successful in many patients.

To evaluate your tinnitus, take our Tinnitus Impact Survey. You can also schedule an appointment with one of our experienced and compassionate audiologists to start working on your tinnitus treatment plan. Sound Relief Hearing Center has 8 convenient locations in Colorado and Arizona. We look forward to hearing from you soon. 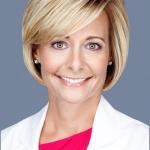