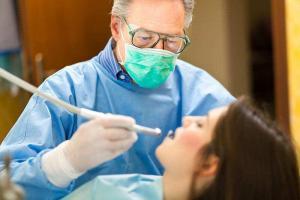 Research shows that Dentists are 50% more likely to suffer from tinnitus and hearing loss compared to the general population. This is largely due to certain occupational risks, such as the use of high-speed dental handpieces and repeated noise exposure.

As a symptom found to be present in roughly 1 in 5 American adults, tinnitus is one of the most common hearing conditions. Approximately 50 million Americans experience tinnitus, 90% of which also report having hearing loss.

Tinnitus is described as the regular presence of buzzing, ringing, or rattling sounds, even when there is no external source causing these sounds to occur. When left untreated, the effects of tinnitus can worsen over time and may even lead to mental health complications.

Fortunately, there are quite a few things that dentists can do to help treat and prevent occupational hearing conditions like tinnitus. In this guide, we will discuss a few important facts dentists need to know about tinnitus and hearing loss, plus offer a few prevention tips.

Dentists At Increased Risk for Tinnitus

Over the past decade, there have been several studies conducted attempting to recognize how tinnitus affects dentists. A recent study administered by the National Center for Biotechnology Information (NCBI) concluded that dentists experience a “considerably higher rate of tinnitus” when compared to the national population as a whole.”

Research compiled by the Hearing Journal also found that “The rate of tinnitus prevalence among dentists is double that of academic and laser dentists, medical doctors, and the general population.”

Another sample conducted in the UAE found that 21% of the dental professionals reported hearing-related problems after working with dental equipment, while 37% reported tinnitus.

Furthermore, individuals who have been involved in the dental industry for longer periods of time are also more likely to experience symptoms of tinnitus. These instances of tinnitus are often reported to be more severe.

Causes of Tinnitus in Dentists

What is causing higher rates of tinnitus among dentists? While there are quite a few known causes of tinnitus, one of the most common causes is exposure to loud noise.

The use of noisy high speed and ultrasonic dental equipment were the primary influencing factors in studies. Researchers found that the compounding time of exposure to noise-emitting dental handpieces and suction equipment is what places dentists at an increased risk.

The study also found that dentists “reported a higher prevalence of tinnitus symptoms than would be expected based on the sample demographics.”

Between drills, water suction, scrapes, and other noises, there is no denying that dentistry is a loud profession. Because of this, dentists—especially those who do not take active measures to prevent the onset of tinnitus—are statistically more likely to develop tinnitus than the general population.

According to the American Dentist Association (ADA), dentists who use handpieces and ultrasonic scalers are more likely to suffer sensorineural hearing loss due to repeated exposure to loud, high-frequency noises. 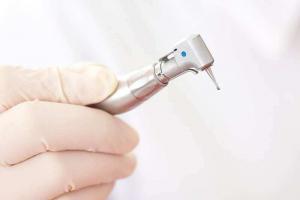 Other Hearing Conditions In Dentists

Dentists may also be at an increased risk to develop a hearing condition known as hyperacusis. According to testimony from one dental hygienist, her hyperacusis was directly attributed to the cumulative noise exposure from dental equipment. Hyperacusis, which is a condition that causes some ordinary sounds to be truly unbearable, is often linked with Tinnitus. 90% of people who report symptoms of hyperacusis also suffer from tinnitus.

How Dentists Can Recognize and Treat Tinnitus

The earlier a dentist can recognize the onset of tinnitus, the more likely they will be able to address the symptoms before they get any worse. If you have heard buzzing, ringing, or rattling noises in your ears—even when there is no external source of noise present—then you are likely experiencing tinnitus.

If tinnitus persists for multiple days, you should consider scheduling an appointment with an audiologist or hearing center. Your audiologist will be able to suggest possible treatment options and also provide useful advice for prevention. Before your visit to the audiologist, take a moment to identify the situations where your tinnitus is the most unbearable (during work, using certain tools, etc.).

How Dentists Can Prevent Tinnitus and Hearing Loss

There are quite a few ways dentists can protect themselves against tinnitus, hearing loss and other hearing conditions. One of the easiest ways to protect your hearing and decrease the harm of exposure to dental equipment is to use ear protection when using handpieces, drills, suction equipment, or ultrasonic devices.

Custom earplugs for dentists can easily be purchased at a qualified hearing center. For those suffering from tinnitus, specialized treatments such as sound therapy may also be recommended. Upon your first visit to a hearing center, you will be able to receive hearing tests and answer a series of questions, allowing your audiologist to develop a tailored hearing treatment that effectively addresses your needs.

Because dentists are more likely to experience tinnitus and hearing loss, it is important to take protective measures to ensure optimal hearing health. If you are a dentist concerned about the relationship between dentistry and tinnitus, contact the experts at Sound Relief Hearing Center. Visit our website or book an appointment with an audiologist today by calling (720) 259-9962.